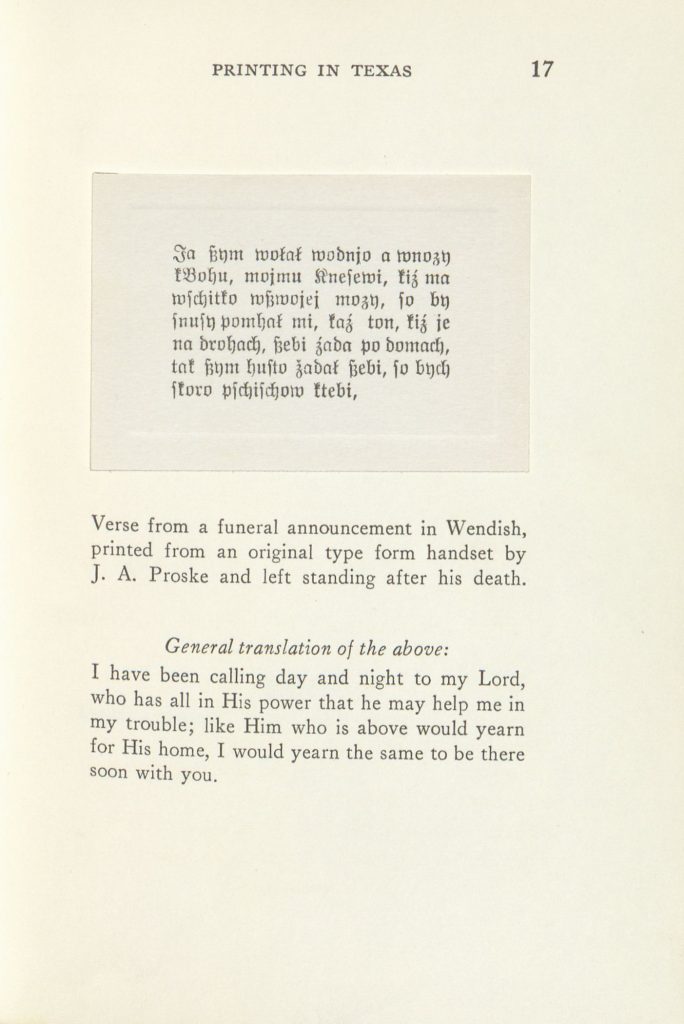 This small book, seven and a half inches tall, and 19 pages in length; is one of the first books that really fascinated me when I arrived here. It’s easy to miss on the shelf as it is quite thin, even in cloth covered boards. The book focuses on the printing of Wendish in Texas in Giddings, Texas.

Let’s focus on the first avenue – the history of the printing of Wendish in Texas. The book, even though it is 19 pages long, gives a good introduction of the printing of that little-known language in Texas. Rittenhouse highlights a small newspaper printed in Giddings, the Giddings Deutcsches Volksblatt. As you can ascertain from its title, the Volksblatt was primarily a German language paper for the German speaking residents that lived in and near Giddings. This is perhaps a bit unusual – but even more unusual is that the Volksblatt was the only trilungual newspaper in the state – and perhaps even in the country. Most issues were printed in both English and German – but the third language appeared on occasion. That third language was Wendish – a language which is primarily German, but also with flavorings of Polish and Czech.

The printing of Wendish, to serve the Wends who lived near Giddings, required the use of eight special characters in addition to the German characters. You can see those eight characters at the bottom of this page: 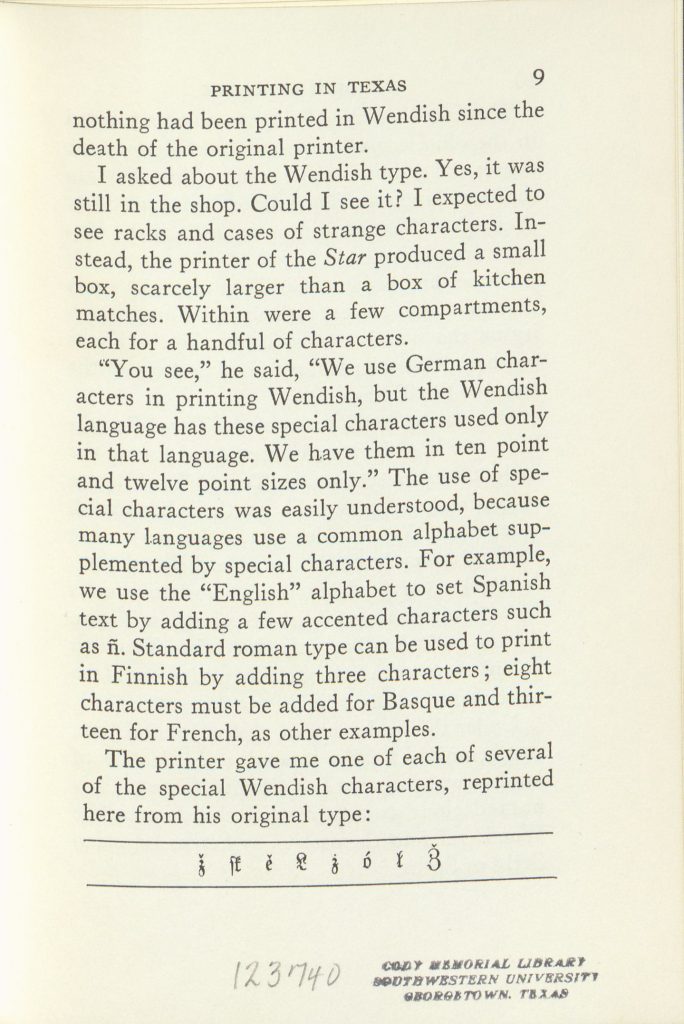 Items printed in Wendish were very specific to that community – including death notices. An excerpt of one of those death notices constitutes the last Wendish language printing done in Texas – and that printing is in this book, reproduced as the first image in this post.

The second avenue – who were the Wendish – we should also address. The Wends, or Sorbs, are a group in Germany with a distinct culture, identity and language. Seeking better economic opportunities, a group of Wends immigrated to Texas in the mid-19th century. They established the town of Serbin, near Giddings, and maintian a unique identity even in the 21st century. Copies of Wendish printed items are exceedingly difficult to find, with the Dolph Briscoe Center holding a good collection, as well as the Houston Public Library. We are fortunate to have this small example, printed in only 130 copies.