This broadside, measuring five inches wide by seventeen and a half inches tall, advertises a bullfight (or, corrida) that never occured. We acquired the broadside this month from William Allison of Houston. I must admit to being taken aback when I first saw it – as with much of Carl Hertzog’s best work, it is visually arresting.

The style is almost indisputably Hertzog’s – but the small printer’s mark at the bottom (CH) and the text “Imp. C. Hertzog” leaves no doubt. Tom Lea created the illustration at the head of the broadside, and signed that illustration. To my eye, the work is striking and might be one of the underappreciated collaborations between Lea and Hertzog.

I keep teasing the bullfight that never happened, and to get there, I need to provide some background. Readers of this blog will know that Lea was a correspondent for Life magazine. That publication commissioned Lea to do a series of paintings about western beef cattle ranching. While doing research for that commission, Lea became fascinated with the bulls bred to fight in a bullring, called toros bravos. His work with these bulls, and his interest in bullfighting, led Lea to write his first novel – The Brave Bulls, which was later made into a motion picture. 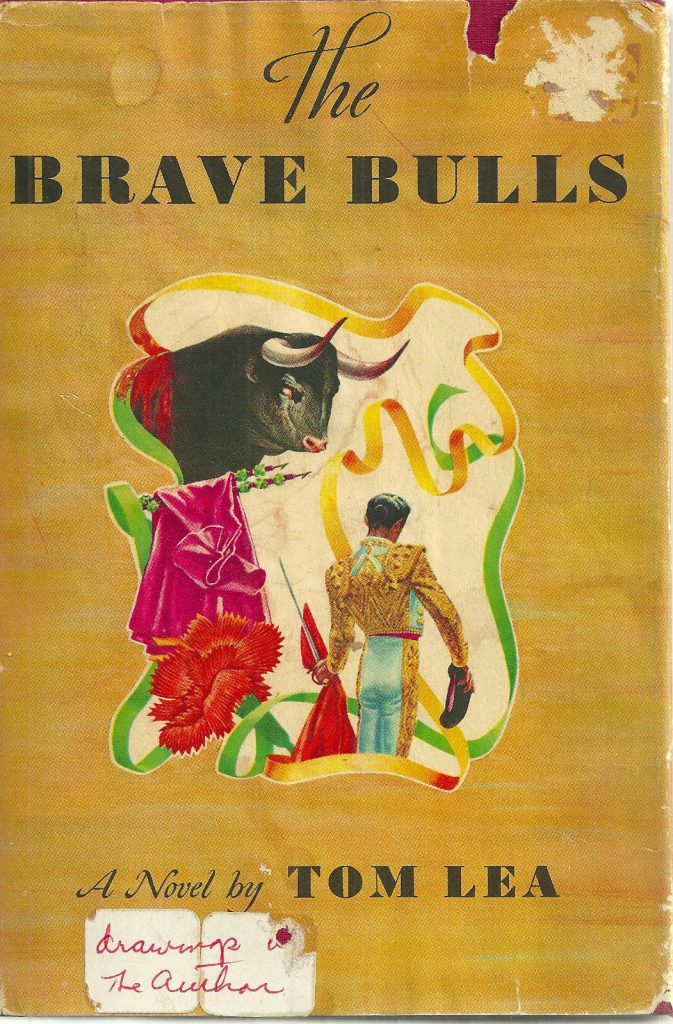 There are several bullfights, or corridas, in the novel – but the broadside is the cartel for the climax of the novel – a bullfight that never existed.

This cartel was produced as a promotional item inserted in selected copies of the novel. Dorothy Sloan, in her Library and Work of Carl Hertzog notes that the cartel (no. 328) was printed both with and without the colored text you see along the sides of our copy. In their bibliography of the work of Tom Lea, Hinshaw and Lovelace identify the item as 85 D, and note that the cartel was only issued in selected copies of the book. Al Lowman in Printer at the Pass does not list the item in the ephemera section of that bibliography.

The item is difficult to find – no libraries have cataloged their copies – though I suspect that our colleagues at the University of Texas at El Paso, and Texas A&M University have copies of the same cartel. Ours will be cataloged and available to the public.

I hope you had a little catch in your breath as I did when I first saw it!