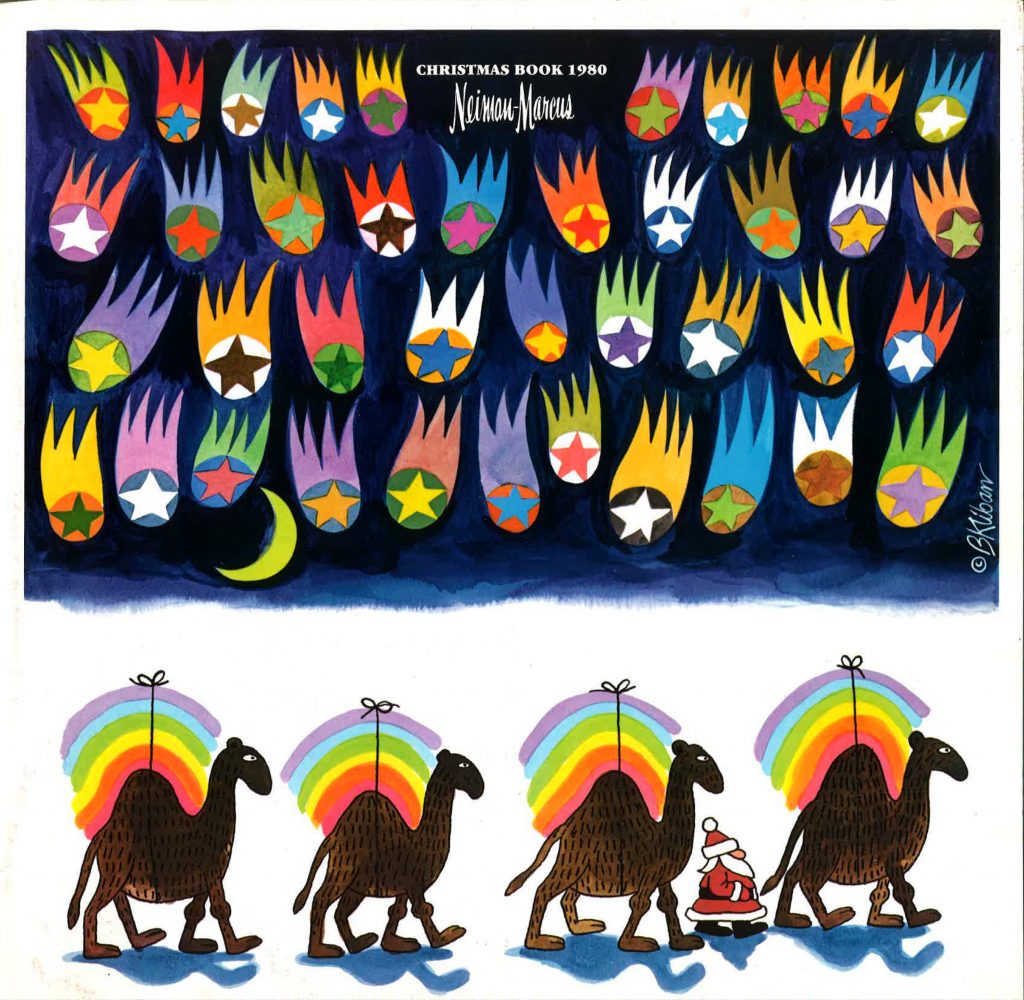 And so today, we arrive at this, the last of the books published under the Neiman-Marcus imprint at Stanley’s guidance: Coronado’s Children. Readers who know our collection well will know that title as it is one of J. Frank Dobie’s best known novels about the Southwest.

You might expect that the book would be printed in Texas, in keeping with the other Neiman-Marcus titles, and Stanley’s interest in supporting fine printing in Texas. For this book, though, Marcus turned to Arion Press, one of the most well-known creators of fine press books. This press, founded in 1974 by Andrew Hoyem, is well known for their publications of the highest quality. Rather than my description of the history of that press (NB: bibliophiles will note that Arion is, in a way, a descendant of the Grabhorn Press), Anthony Bourdain gives a great introduction to the press in this video:

As you would expect, the book is well designed, carefully typeset, and has tasteful and effective illustrations. One of my favorites is Andrew Hoyem’s portrait of J. Frank Dobie: 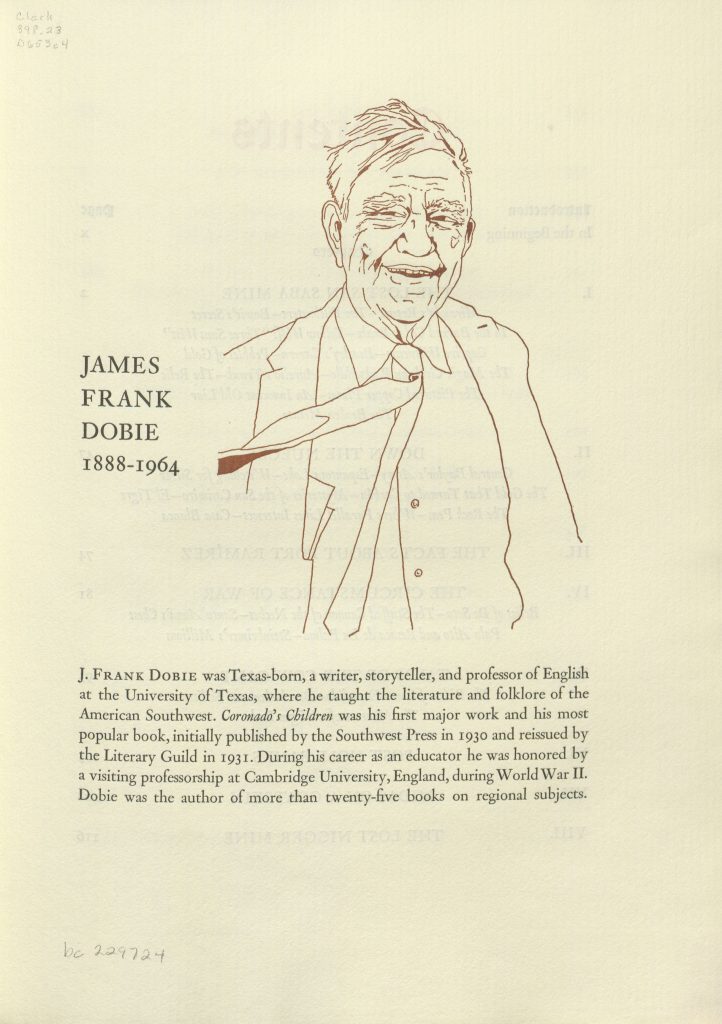 I just adore those papers sticking out of his jacket pocket.

The book itself, printed in an edition of 300 copies, was bound in three quarter goatskin and “Mexican bark paper,” akin to amate paper. Type used in the book included Monotype Van Dyck and Tudor Gothic. The paper,  It was issued in a slipcover and includes colored chapter titles and gilt (hand designed) initial letters:

I also love this map, hand drawn by David Fuller: 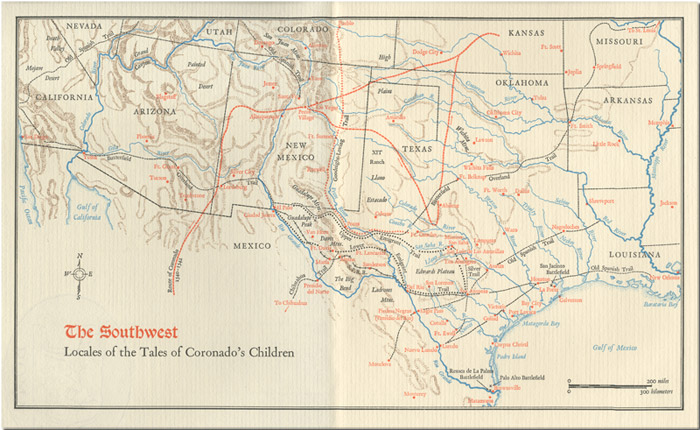 Neiman-Marcus included the book in their 1980 Christmas Book: 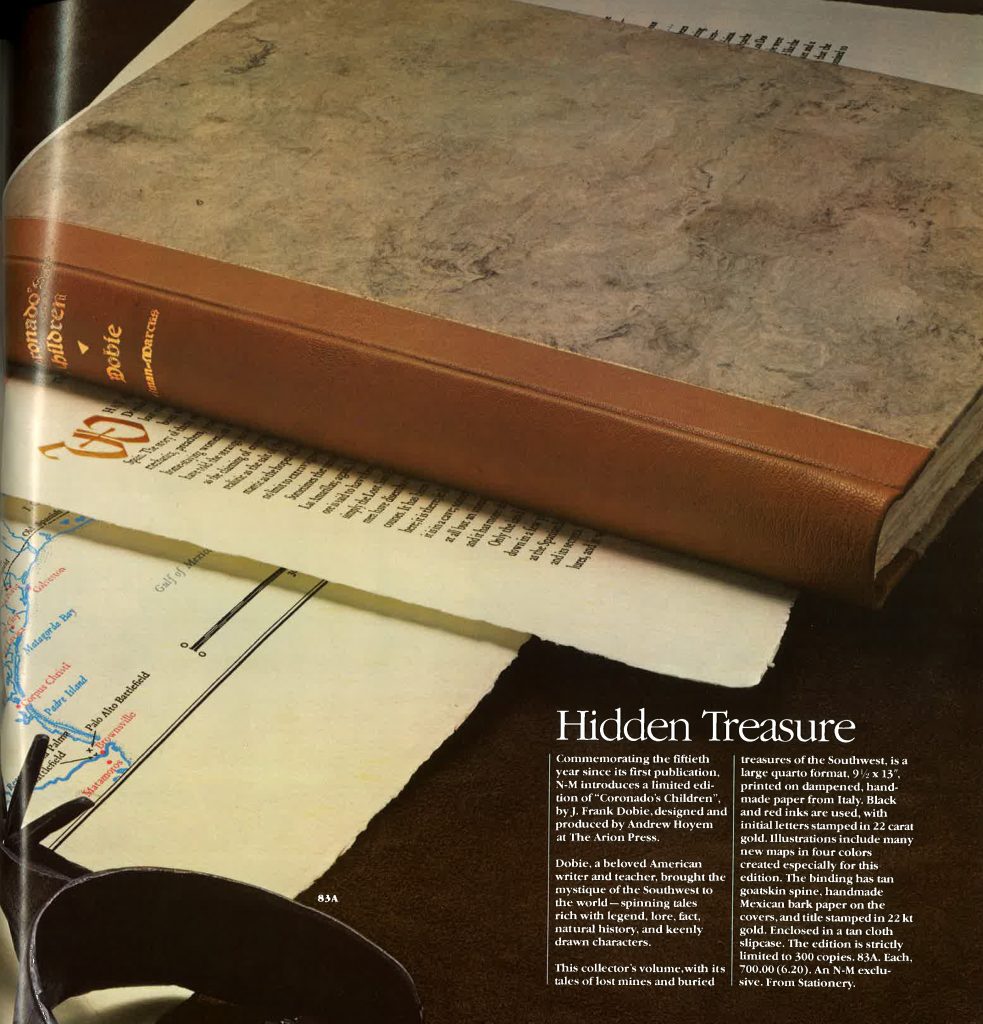 I really enjoy how they distilled and communicated the work put into the book for the wider public.

Note: These two illustrations from the 1980 Neiman-Marcus Christmas Book were kindly provided by Russell Martin of the DeGolyer Library at SMU, the repository of Stanley Marcus’ personal library and his papers.