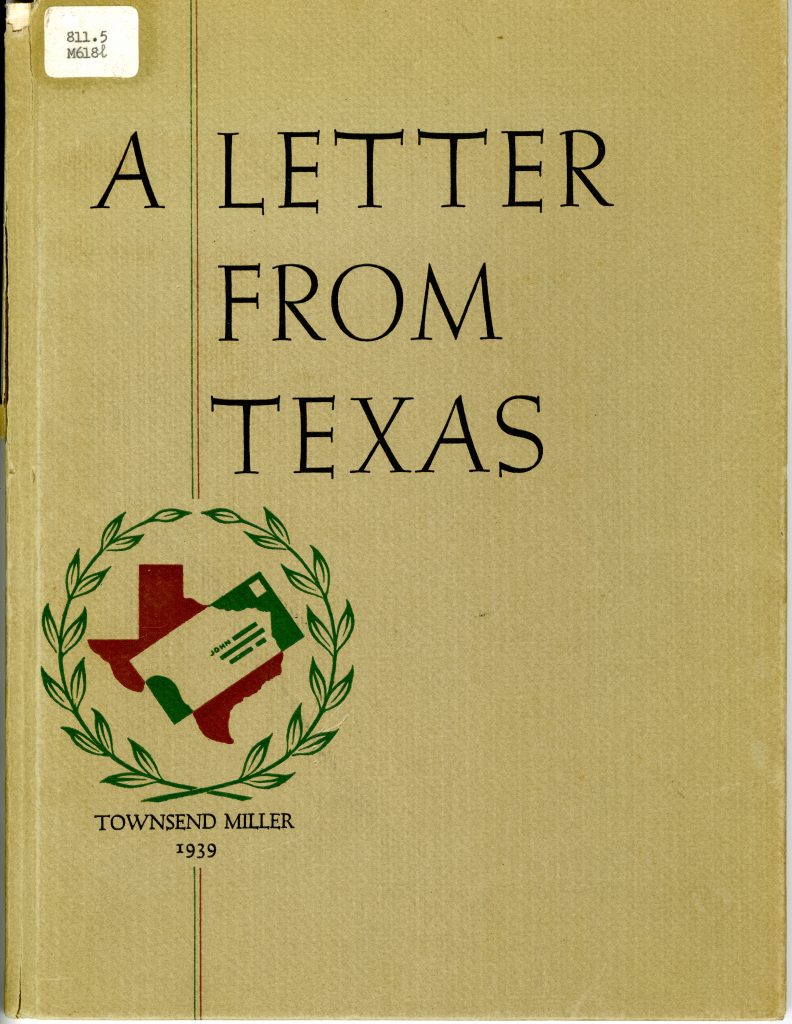 Several weeks ago, Natalia wrote about a book titled The Captive Boy, a miniature book that was the final collaboration between Stanley Marcus and Carl Hertzog. I added a note in her post that we would feature the first collaboration between the two – and today’s post fulfills that promise.

In early 1938, Marcus wrote to Hertzog and expressed admiration for his work as a printer – and especially as a printer from Texas.  However, this was a prelude to a request to commission a work from Hertzog for the Book Club of Texas. That project did not come to fruition, but the two men kept in contact and in 1939, Marcus (acting on behalf of Neiman-Marcus) commissioned Hertzog to design and print a book as a Christmas gift for the store.

This was all straightforward enough, except that the author of the work to be printed – Townsend Miller – went through several changes of mind about granting rights to reproduce his poem. This issue, detailed in David Farmer’s book Stanley Marcus: A Life With Books, required the involvement of J. Frank Dobie and Marcus himself. The situation was not resolved until late November 1939, just in time for the holiday season. Marcus noted that the book was a great success and sold well, but did not sell out completely.

This printing, issued in paper covered boards, measures 10 3/4 inches tall and 8 1/4 inches wide. Our copy of this edition (pictured above) is a little worse for wear, as it was just brought back in to the open stacks after its donation by Harry Ransom in the early 1960’s.

The poem was initially set in Goudy Truesdell, and when Marcus proceeded with a full order, based on the proofs Hertzog sent in that type, Hertzog found he could not order more of that typeface from the foundry, as the matrices were destroyed in a fire. As a result (much like the later Calendar of Twelve Travelers from the North) Hertzog had to set and print three or four pages at a time, then redistribute and reset the type for the next few pages.

I prefer the colors in this printing over the later one, I think. I also prefer the simpler title page.

After the 1939 printing sold out, and several fitful discussions about a reprint, Marcus contacted Hertzog about a reprint in 1944. This suited Hertzog well, as in the intervening five years, Hertzog became dissatisfied with his work, noting that it suffered due to the very tight time constraints of the first printing. He disliked the size of the book, as well as some of the letterspacing.

The second printing was set in Centaur (a favorite of Hertzog’s), and this time Hertzog had sufficient time to closely attend to letterspacing and linebreaks, as was his wont. He was much more satisfied with this printing, printed in an edition of 1925 copies. 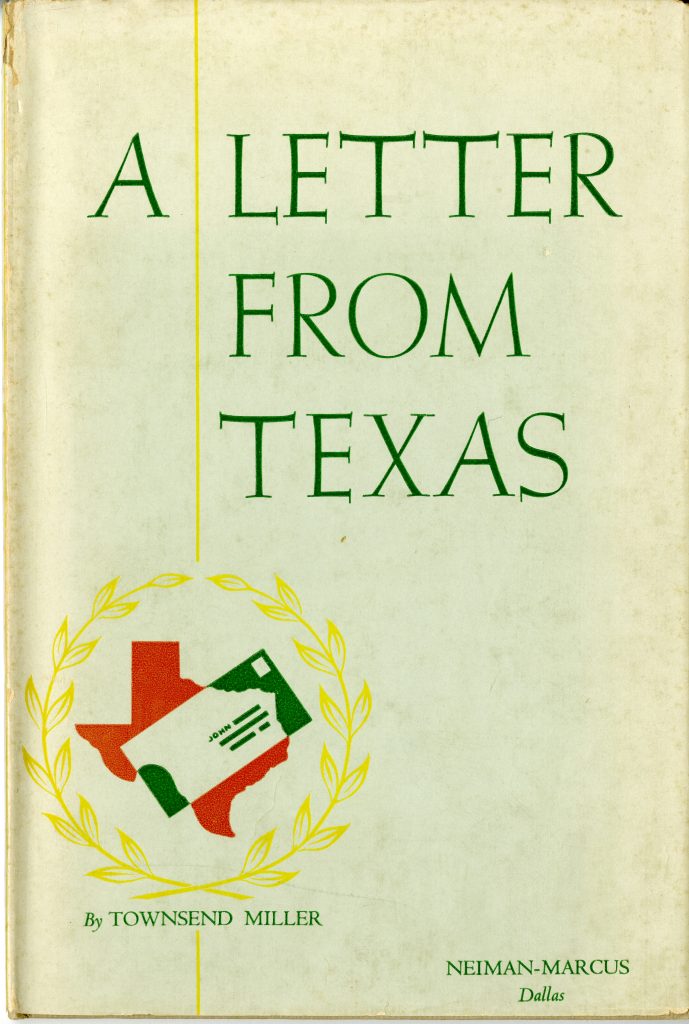 This was only one of two titles ever published by Neiman-Marcus. We’ll highlight the second in another post.